This athlete came into the session feeling like he had lost power and consistency in his recent at bats. Video of his swings in the session showed he was just sitting back and spinning his hips so he was missing a linear or forwards movements of the hips and pelvis into the ball.

The body weight should shift forwards from the back foot into the front foot and when this is performed correctly the hitter is able to use the body mass to hit with greater power.

The athlete was shown a video of how he was just spinning his hips and how the back foot just literally squished the bug. 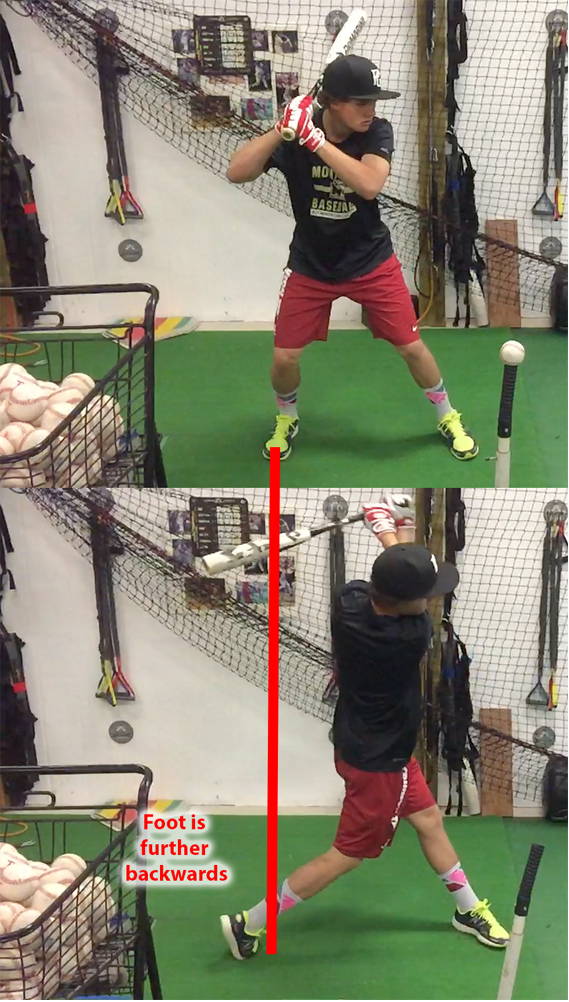 The picture above shows how his back foot actually ended up further back than where it started, indicating that his body weight didn’t shift into the swing and ball.

We first worked on anchoring the back foot into the ground and not allowing his back (right) knee to move back over and outside of the right foot. 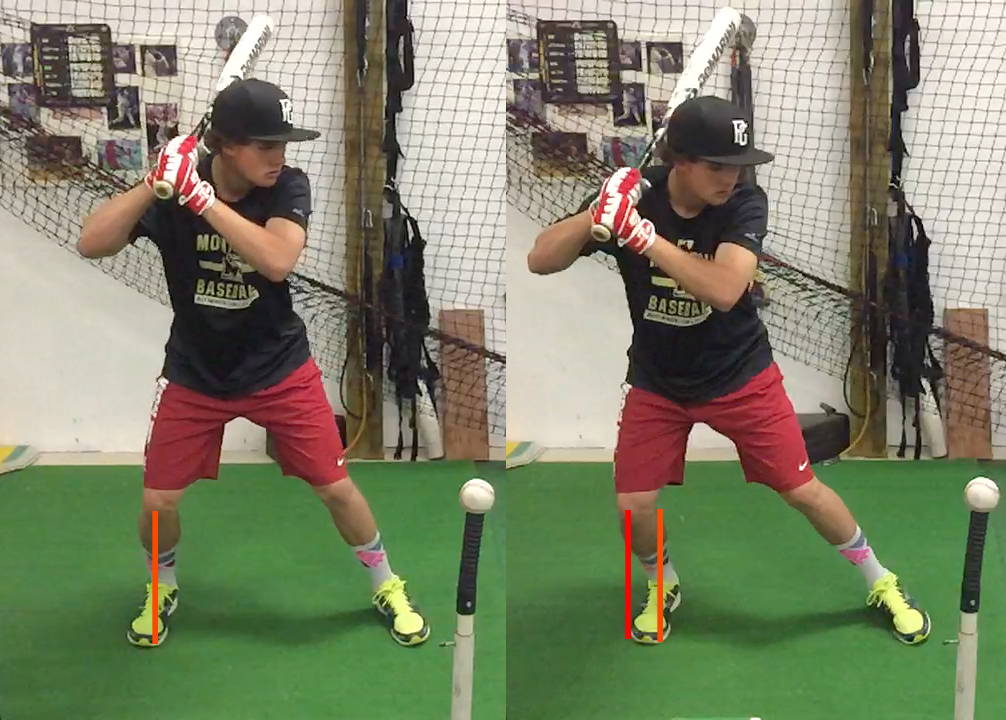 In the picture above, as he loads, he shifts his weight backwards and he allows (wasn’t aware) that his right knee was moving out (backwards to his left) past the right foot.

His loss of hitting power wasn’t because he wasn’t turning his hips fast, he was just losing the ability to anchor his right foot and leg into the ground to effectively use his body weight. 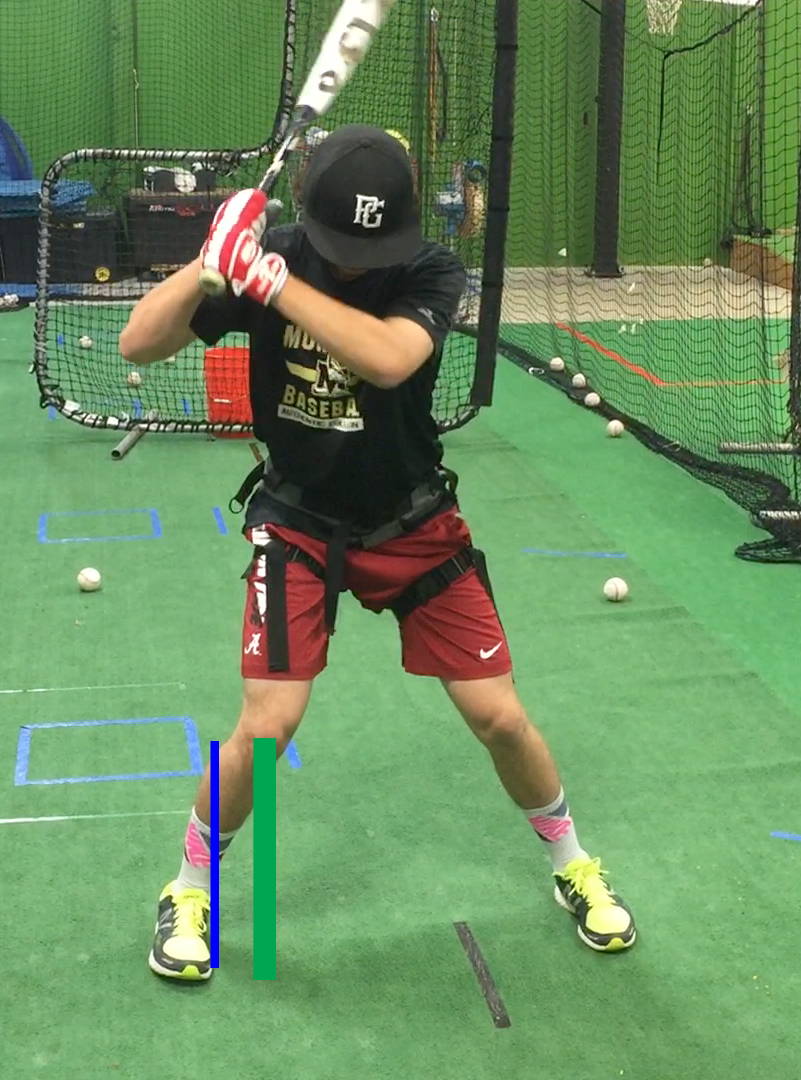 He was shown how to anchor his right foot and side into the ground so he could better use his body weight:

Conditioning the Back Hip Muscles

We did a series of drills to activate, engage and strengthen his back hip muscles so he could drive his legs, hips & pelvis forwards into the ball as he hit. 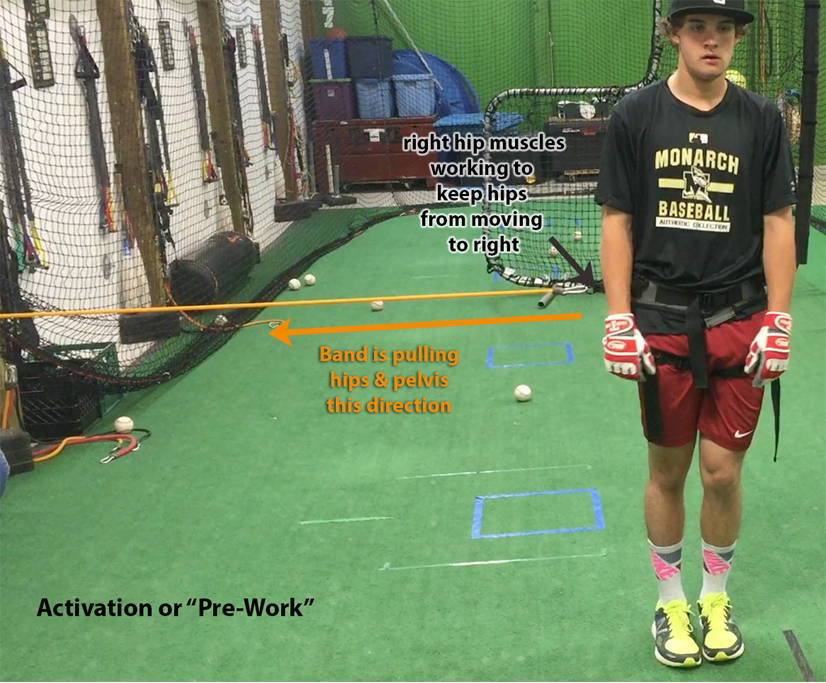 Shown above is the athlete activating or turning on the muscles on the outside of the back hip. These muscles give sideways stability to the hips & pelvis and need to be trained & conditioned to drive the hips & pelvis forwards with maximum force, power and speed.

We quickly progressed to sideways hops to build strength & power in the same muscles we activated.

When these specific muscles are built stronger, they can generate greater force to drive the hips, pelvis and body forwards into the ball to hit with greater bat speed & power. 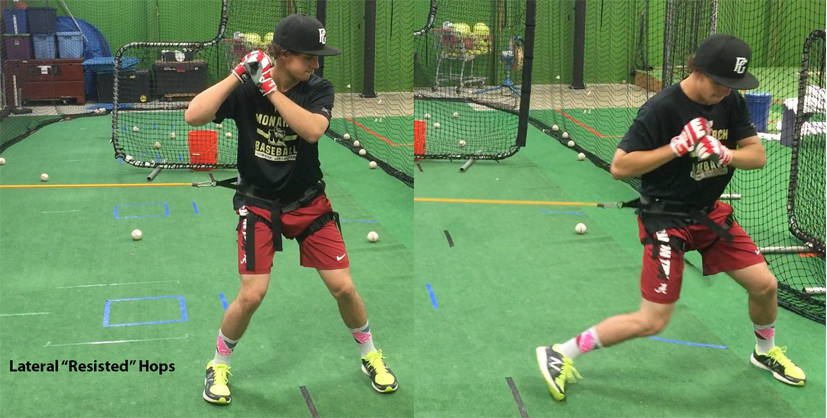 Shown above is starting and ending position for the hops.

The athlete then performed a few sets of these exercises with heavier resistance bands to build greater levels of strength in these muscles to perform this hitting movement with greater power & speed.

We always integrate our strength work into the actual hitting skills. 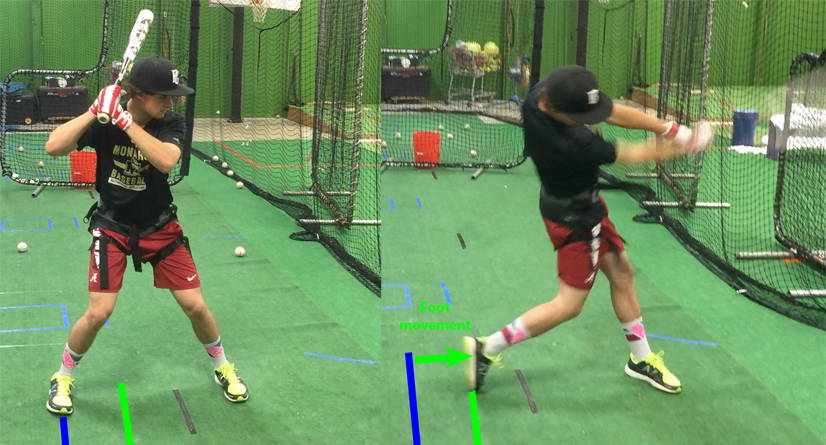 Shown above is the dramatic improvements of the hip activation & strength drills as the athlete hits as his back foot has moved forwards as a result of anchoring his back foot into the ground. 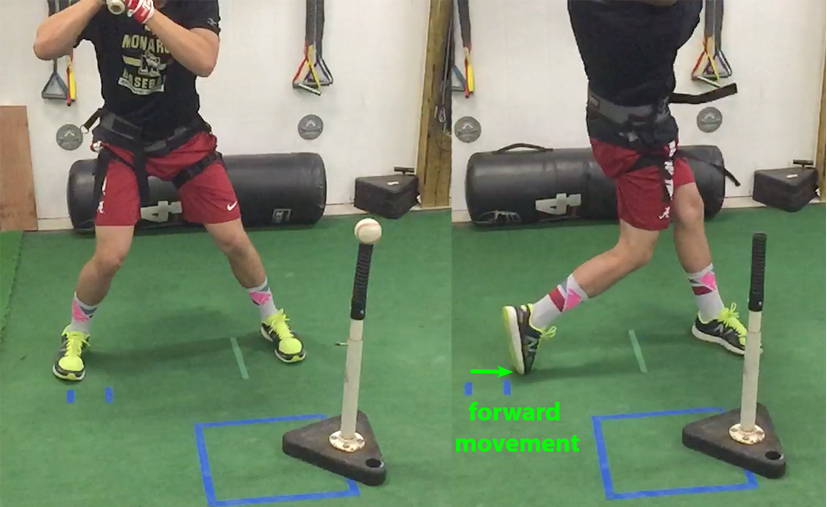 Shown above is the athlete’s final swing as he was hitting off the tee, showing how the activation & strengthening drills rapidly improved his ability to get his body weight moving forward into the ball.

This athlete improved his hitting consistency & power by: